People behave in peculiar ways. How else to explain why we procrastinate, cannot control our urges or postpone something till the last minute? However there is a scientific explanation of why we do this and it's coming from behavioural science (namely from psychology, neuroscience and behavioural economics).

This science that studies human behaviour was born around the 70s' and since then is answering questions related to “Why do people chose what they do?, What motivates them?, What influences decision making?”. These insights are used to design innovative solutions to diverse problems, and nowadays many people talk about “behaviour design” (where especially behavioral economics plays a huge role).

A 2012 article even talks about a behavioural revolution, where behavioural economics creates innovate solutions simply because it helps change the way we think about people. We make assumptions about what people do, how they behave and many times these “hypothesis” of ours do not match people's psychology. And we are also – without realizing – overlooking insights like self-control, limited attention, cognitive capacity. These things are the insights that we sometimes miss when bridging the gap between intention and action.

The gap between intention and action

So... what is this gap I am talking about? Well, it refers to that time when you said you're going to exercise every morning and still cannot muster the motivation to do it every day. Many people want to change (intention), but they find it hard to actually do it (action).

Behavioural economics addresses this gap between what we say or want to do and what we actually do. And this gap exists not because people are lazy or uneducated. It's simply because we have to focus on some psychological concepts, like the lack of self-control, attention etc. People might want to do something, but their brain commands otherwise. We have to look at the why of behaviour. And this 'why' is many times guided by these psychological phenomena, or constraints under which people make decisions. Let's look at a few below:

Self-control is hard – think of a time you tried to keep to your diet in front of a box of chocolate (silly example, I know, but you get my point). Sometimes we lose the battle against self-control, “resulting in working less hard than we ourselves would like to”.

“.. when we see low savings rates, we usually assume that people do not want to save, or that savings programs are not lucrative enough. As a result, we try to raise awareness about the importance of saving or to make saving more financially rewarding, whether by increasing interest rates or matching contributions. But building up savings is a process with many steps, several of which demand self-control. It requires self-control to not spend money when it is available, but also to make and stick to plans to go to the bank and deposit it. Recognizing the role of self-control in making it hard for people to save as much as they want led behavioral economists to design a special savings account for clients of a bank in the Philippines. These accounts allowed them lock up funds in their own accounts until a self-specified goal had been reached. Nearly 30% of the clients who were offered such a restrictive account opened one, and the effect on the savings balance after one year was an 81% increase (Ashraf, Karlan and Yin 2006). Achieving an increase of this magnitude would have required an unfeasibly large increase in the interest rate offered. Once more, we see how small behavioral interventions can have almost unreasonably large effects."

Technology adoption is on the rise in developing countries, yet it is a slow process. As a recent 2016 article on the distribution of users' computer skills indicates that people are not that tech-skilled as many believe. And often, a common diagnosis is that people lack knowledge on how to use technology. However mastering a new technology (software or hardware) requires more than just knowing about it through training or understanding it. It actually needs for the user to be attentive to some particular features or aspects of it.

"Behavioral economists have shown that limited attention prevents people from acting on their own intentions to save. So limited attention – and not the usual diagnoses of the absence of the desire to save or low returns to saving – may help explain why people save so little. If so, drawing people’s attention to their own plans to save may help increase savings rates. In a series of experiments in Peru, Bolivia and the Philippines,behavioral economists successfully raised the amount people saved simply by providing them with timely reminders about their own saving goals (see Karlan et al. 2010). "

When we make something more comprehensive, complex, we assume that people can process large amounts of data quickly and effortless. Thus increasing demands on a program or system can make people less prone to succeed at them, because of our limited cognitive resources at a given time. Behavioral economics teaches us that we use fast, intuitive thinking or rules of thumb when making decisions and that giving people more choice is cognitively taxing. This is why we need to help people with their choice process, making things simpler so they can decide easily.

"Thinking about choices in this way leads to very different solutions, such as simplifying plans and reducing the number of dimensions that people have to compare, or picking an option that people are automatically defaulted into. Choice simplification can be remarkably powerful. A study of loan take-up in South Africa found that reducing the number of combinations of interest rates and loan tenures led to as much of an increase in uptake as reducing the interest rate charged by 2.3 percentage points (Bertrand et al. 2010)."

I'd like to illustrate this constraint, by an example:

"Over half a million infants throughout the developing world – around 150,000 of them in India alone – die of diarrhea each year. Yet by some estimates, over 90% of these deaths could be easily averted through the use of a balanced solution of salts known as Oral Rehydration Solution (ORS). Why is ORS not used enough?

Most attempts to solve the this problem diagnose it as arising either because people do not know about ORS and how it works, or because it is not readily available or affordable. We therefore try to make sure that ORS is cheap and easy to find by working on distribution and cost, while also using advertising and other kinds of awareness campaigns to inform mothers about its benefits.

However, ORS use remains low even where it is available and cheap. Behavioral economics helps us understand why. In making decisions– such as what to do when a child has diarrhea – we have to rely on an underlying theory, possibly an unstated or implicit one, about the disease and its control. This constitutes our “mental model” of the world. Usually, we assume that these underlying theories are broadly correct. But behavioral economists argue that this understanding, too, is scarce; not all underlying causal relationships are correctly or accurately understood.

A child with diarrhea is constantly leaking fluids. Given this, a perfectly plausible mental model of the disease would imply that putting any more liquids into the child will only make it sicker; keeping the child “dry” is better. Indeed, when poor women in India are asked whether the solution to a child with diarrhea is to increase or decrease its fluid intake, 35%-50% say that the answer is to decrease it. But with this mental model of the disease, it will never make sense to use ORS – and unless this model is somehow overturned, ORS will not be tried. This helps explain why many mothers do not use ORS despite its being cheap, readily available and well known. It also suggests that any effective solution will have to tackle the flawed mental model at its root: without doing so, information or exhortation is unlikely to have much effect."

* These examples are taken from the article: Behavioral Design: A New Approach to Development Policy 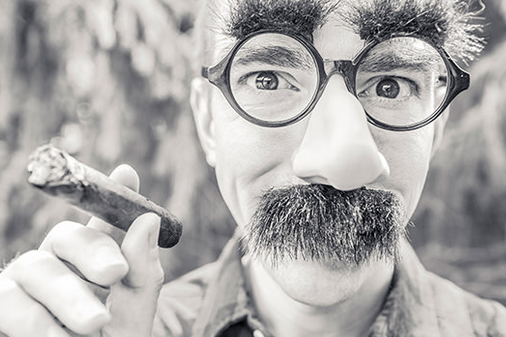 These insights into behavior can help us understand how to better design solutions for people. Although many examples here are for offline interventions, I think the constraints presented above add a huge value to how we approach software design also.